The Project entitled “Integration of Photovoltaic Plants for self-consumption under the Net Metering Concept in Public Buildings/Pumping Stations and Replacement of Low-Efficiency Municipal/Street Lighting with LED Lights” NET METERING was implemented in the framework of the INTERREG IPA CBC program “Greece-Albania” 2014-2020”.

The NET METERING project is co-funded by the European Union and by National Funds of the participating countries.

Supply of pillars and lamps

The Municipality of Pustec is now more environmentally friendly; it consumes less electrical power in the public spaces and it has more efficient illumination thanks to the INTERREG IPA CBC Program “Greece-Albania 2014-2020”.

Another concrete investment has concluded through the implementation of the project entitled “Integration of the Photovoltaic plants for personal consumption according to the Net Metering concept in Public Station/Pump Stations and Substitution of Street Lights/Municipality with Low consumption LED lights”.

17 photovoltaic poles have been installed in 2 villages in the Municipality of Pustec by improving not only the illumination, which has a direct impact in the community, but also the infrastructure for its touristic profile. 17 poles were set up in the village of Pustec alongside the promenade which heads to the lake and 6 poles were set up in the new neighborhood in the village of Gorna Gorice        Through this investment it was made possible that the electric power produced by the photovoltaic does not have any cost in economy and environment. It is a clean energy, without emissions; the panels have a long term usage, without producing any noise and without polluting the environment.    Based on the need to protect the environment especially in a municipality with great potential and natural resources to produce clean and consistent energy by renewable energy resources, it is essential to the municipality, community and to the tourist that choose it as their destination. Since the institutions are the ones that are taking the first step to protect the environment and climate this also increases the community awareness and it creates a stable model. 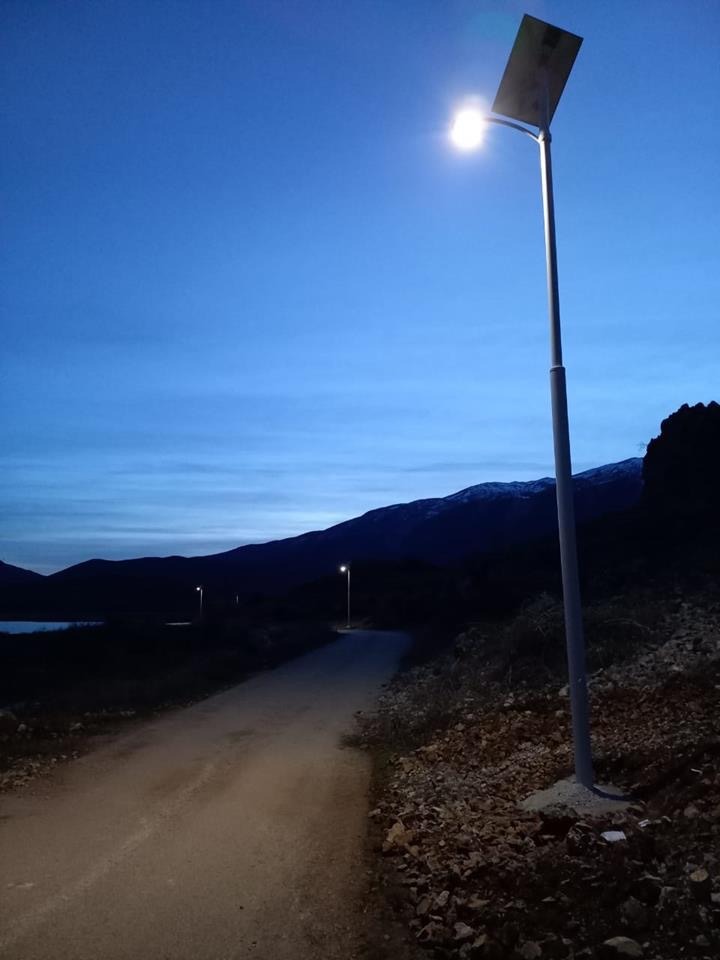